What Style Patio Doors Should I Choose?

Nowadays, we Brits choose to spend more time than ever out in our gardens – and a patio provides an excellent means of doing so without ruining the lawn or getting our feet dirty. In order to get the best from your patio, however, you’ll want to ensure that yours is easily accessible from the inside – and ideally, visible from the inside, too.

A set of patio doors will provide an excellent way of bridging the patio with the interior of your home. But patio doors come in many different forms, each of boasting various strengths and weaknesses. Before committing to a purchase, it’s worth examining the available options. Let’s take a look at what’s on offer.

What Door Styles Can I Choose From?

When making our decision, we should consider the layout of our homes, and the things we’d like our patios to do. A patio door should, to the largest possible extent, help to make the outdoor space visible from the interior. It should also allow as much light through as possible, look good, and be as durable as can be. Don't forget to check out our guide on what to consider when buying patio doors for more information on the types of door available and how they could work in your home.

Of course, when you’re making your decision, you might feel that some of these considerations should take precedence over others. Let’s examine the different sorts of patio door in greater detail. 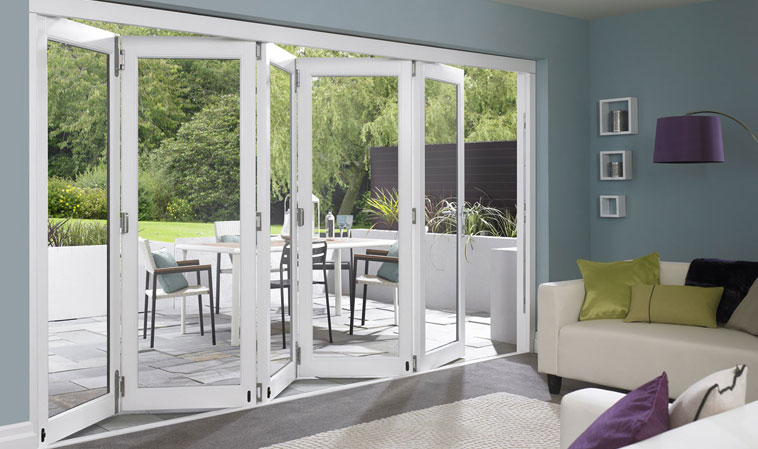 Bi-folding patio doors are traditionally made from two panels with an additional fold in the centre (which, along with the one at the side, makes two, hence the name). Folding patio doors tend to be made from several more than that, however – and they can be attached to one another in a variety of arrangements. There are folding doors which consist of two sets of equal groups of panels, which adjoin in the centre, and then there are more asymmetrical arrangements. The panels are fixed along a range of motion by two sets of rails – one at the top and one at the bottom.

It’s only in the last few decades that folding doors have become widely used as patio doors – they’re able to cover extremely large stretches of wall and collapse down into virtually nothing, which makes them unmatched in terms of creating space. They’re therefore a perfect fit for modern homes with a large living area opening out into the patio.

Large, folding doors of this sort are rarely made from uPVC; timber and metal are instead favoured thanks to their superior strength. You’ll want to make your choice depending on how the surrounding décor. A wooden folding door might make a better fit for a home with lots of earthy colours and other wooden items; aluminium patio doors might make a better match for a contemporary, clean aesthetic. 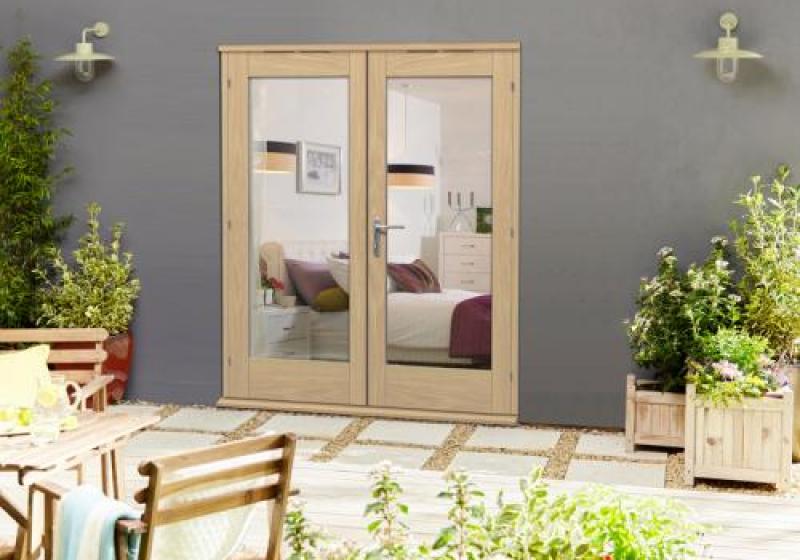 French doors have been around for as long as glazing has been popular. They were developed to allow French aristocrats to light their stately homes in the daytime – and it’s a function they still serve admirably today. They consist of an unfussy set of double doors, each with at least one glass panel. These glass panels can come in a number of different arrangements – though single, large panels are often preferred for patio doors, as they allow for unrestricted views of the garden outside.

French doors have tradition on their side, and make a great match for older properties, for which a more modern style might prove something of a mismatch. They’re also perfect for patio entranceways where space is at a premium – as they tend to be smaller than their sliding and folding counterparts.

French doors can be made from many different materials, but timber is by far the most popular for both period and modern homes. It’ll insulate well, look the part, and, provided they’re given the right amount of attention, last long into the future. 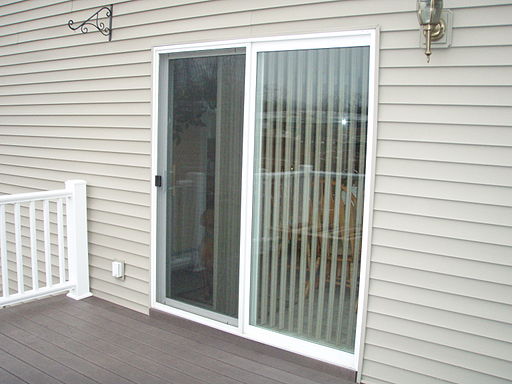 Sliding patio doors are a popular means of separating a patio from an interior. They consist of several panels, each of which is fixed into a set of parallel rails which are slightly offset from one another. When you want to open the door, you need to slide one behind the others. Sliding doors tend to come with two or three panels – though larger ones are available. The more panels you have, the more space you’ll be able to open up; but the more separate tracks you’ll need.

Sliding doors have one key advantage over the other sorts we’ve mentioned – they don’t open outward. This means that you’ll be able to place items of furniture and curtains right next to them without fear. You’ll also not need to worry about your door being slammed shut by a sufficiently strong gust of wind. If you’re not looking to completely collapse your door, but just create an opening large enough to pass through, then sliding doors might prove an attractive option.

Sliding doors can be made from any material. If you’re looking to allow the maximum amount of light through to your interior, aluminium is a good choice. It’s stronger than wood, and far stronger than plastic, which means that the frame can be made extremely thin, allowing for more glass, more illumination, and more of a sense of space.

What Glazing Options Do I Have?

Increasingly, homeowners are demanding doors with very slim frames and large areas of glass. Consequently, it’s important to take glazing into account when making purchasing decisions. The doors of your home are a notorious weak point when it comes to thermal performance, and so making the right decision now will save you money in the long run – even if the up-front cost is a little bit more considerable.

A single-glazed door is the cheapest variety and the simplest. It consists of a single pane of glass, through which heat can pass with relative ease. It’s found in interior doors, but it’s generally considered unsuitable for external use. That said, there are some sorts of period property where single-glazing might still be used on a patio door.

Double-glazing has been widespread throughout the UK for decades. It helps to improve the heat-containing and soundproofing performance of a door. It does this by placing two glass panels parallel to one another, with an empty space in the middle. This prevents heat from easily moving from one side of the glass to the other since the empty space isn’t as conductive as the glass itself.

Over the years, glazing technology has been improved substantially, with the space between the panels being filled with a vacuum, or inert gases like Argon which do an even better job of preventing heat from being transferred. We can also make the gap between the panels larger, and the glass thicker, to improve performance – and modern frames are strong enough to allow this. This means that double-glazing produced in recent years will be able to effectively repel heat better than that produced decades ago.

We might as well resort to triple-glazing, which provides even better insulation than double-glazing. Triple glazing has yet to achieve the same popularity, however, as it’s more expensive to create, and comes with a range of side effects, like reducing the amount of light that can pass through the window.

Since the space between the glazing is sealed, changes in atmospheric pressure and temperature can create a bowing effect on the surrounding glass, which might make it unsuitable for some conservation areas and listed buildings. If you’re the owner of such a building, then you’ll need to make maximum use of other means of keeping things warm – opt for a door with less glazing, and use heavy curtains to block heat from escaping, and eliminate any draughts as they develop.

When you’re comparing different sorts of glazing, you’ll want to refer to the u-value. This is a measure of insulating performance, which describes how effective an insulator is. It describes the number of watts which can pass from one side of a given square metre to another in a certain timeframe. The lower the u-value, the better. A modern double-glazed window should have a u-value of just over 1 W/m²K.

A patio just isn’t complete without the right set of patio doors. But exactly what constitutes the ‘right set’ will depend on the surrounding décor, and, of course, your personal taste. Be sure to consider how your doors will look in context, and how far they’ll open out. With a little research, you’ll be able to choose a set of doors that’ll make your patio look better than ever before!