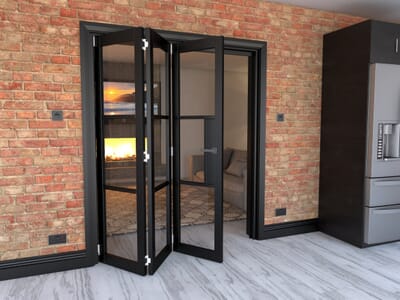 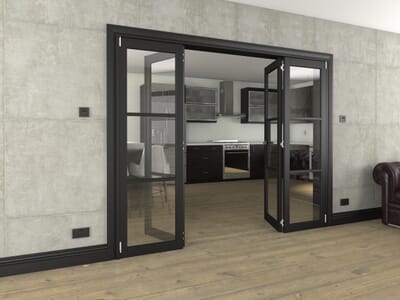 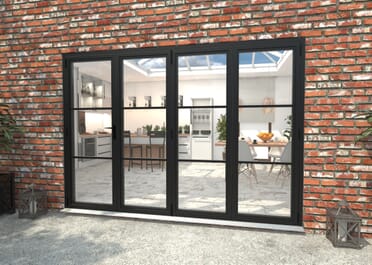 Your choice of door will have a profound impact on both the functionality and aesthetic of your interior.  An unusual one can help to make an otherwise dreary-looking home look better than ever; it’ll contribute to a sense of space, allow light to move through your interior, and help to break down the barriers between the different rooms of your house.  It might also serve as a great space-saving measure in parts of your property where you haven’t much room to spare.

Internal bifold doors can perform either role admirably.  But it’s an option that many homeowners are unfamiliar with.  Let’s take a moment to examine the technology in closer detail, and demystify some of its key attributes. 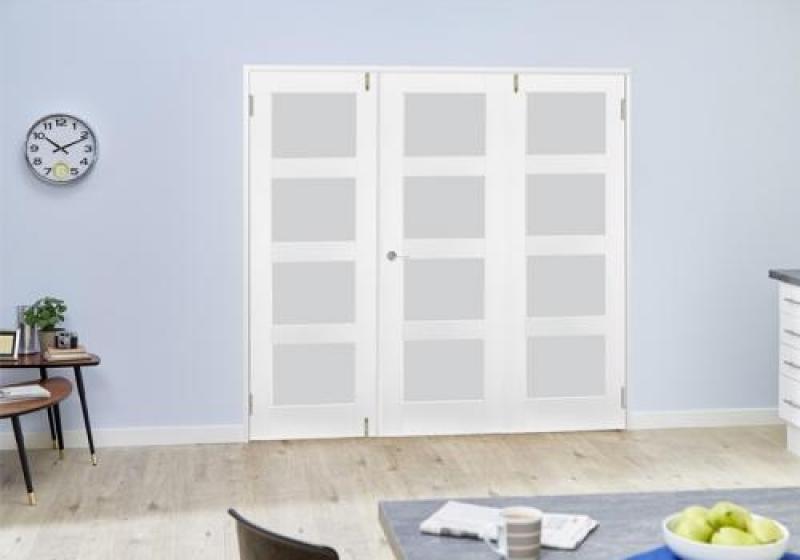 How Do Internal Bifold Doors Work?

A bi-folding door, as you might expect, is one which makes use of not one hinge, but two. Some of them offer even more, to pack more panels into a smaller space – but all but the most committed pedant would reprimand you for using term ‘bi-folding’ to describe a door with three, four or even five panels.

This principle means that we’re able to create extremely large interior doors, of ten feet wide or more, without requiring ten feet of empty space into which the door can open. Such a door would instead be made from multiple panels, which would fold neatly to one side as the door opened. Thus, we’re able to replace entire walls with concertina-style room dividers.

Another sort of bi-folding door is no larger than any other door you might find, but it’s broken down into just two folding parts. This makes it especially useful for storage cupboards, which might sit right next to another door, or in a crowded corner or landing where it might be cumbersome to have an outward-opening door taking up all the room.

To prevent a bi-fold door from swinging outward, it must be attached to a set of two rails – one at the floor, and one on the ceiling. These ensure that the door isn’t allowed to swing outwards, and is supported across its length, which alleviates stress on the ‘main’ hinges at the frame of the door.

Which Lintel for Bifold Doors?

All doors – no matter how many folds they come with – require a lintel. This is a horizontal block which runs across the top of the doorway, holding aloft the wall and the ceiling overhead. It can be made from either wood or metal, depending on the amount of weight it needs to hold up. If you don’t already have a lintel for your doorway (or you’re creating a new doorway from an existing wall), then you’ll need to get a lintel installed. While it’s possible to do this yourself, you’ll likely be better off hiring a qualified carpenter to do it for you – as doing this job inexpertly can lead to the wall collapsing. It’s vital that your home is structurally sound – so don’t take any chances. Even if you think you know what you’re doing, if you’ve no way of demonstrating your expertise to potential buyers, your efforts will likely have a detrimental effect on the value of the property.

If you already have a suitable opening for the door you have in mind – whatever shape it might come in – then this isn’t something you’ll need to concern yourself with – simply measure the doorway and shop for a bi-folding replacement accordingly.

How Do I Fix Bifold Doors That Have Come Off Their Track?

As we’ve mentioned, bi-fold doors are prevented from moving across the room by means of a track that runs either along the floor, ceiling, or both. The door itself is tethered to this track by means of several miniature rolling carriages, each of which can be found on the top and bottom of each panel – either at the front, back, or centre, depending on the direction in which the door should fold out.

But what happens when the door breaks free of these tracks? In such cases, it’ll simply rest on the floor, perhaps grinding against it whenever we try to move it. Clearly, this is undesirable – and it’s made worse by the fact that to get the door moving, you need to pull it outward, with a force that’s perpendicular to the rail – which, given a sufficiently hard yank, is enough to de-rail the door.

This is a problem that’s easily fixed. Near the bottom of the doors you’ll find a pin which fits into the floor bracket. By adjusting this pin, we’re able to alter the height of the door – so, if it’s dragging along the floor, we can move it upwards.  On the top, you’ll find another pin and a guide roller, both of which come with springs, which help to hold the roller in place. To reinstall the door, you’ll need to compress these springs and move the door back into position from the bottom.

Once you’ve gotten the door anchored in the rail again, it’s unlikely to move perfectly smoothly. This is because the door might no longer be parallel to the tracks. You’ll need to adjust the pins a little to get things just right again – and you might even need to replace the rails. Since inertia means larger folding doors are more difficult to yank open, they’re less likely to need replacement – and smaller rails tend to be less expensive.

How Do I Dress Bifold Doors? 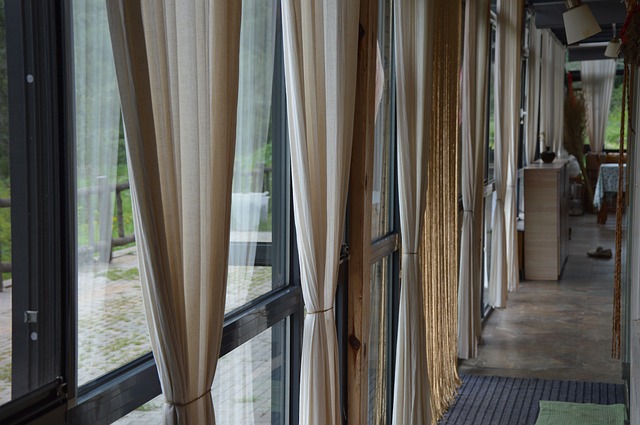 On the other hand, if you’ve opted for a large folding door as a way of bridging two rooms in your home, and the panels of the door are covered with large glass panels, then you might want the ability to create privacy where none existed before, with the help of a large screen or set of blinds.

Of course, when handing dressing, you’ll need to consider the direction in which the doors are going to open, since you won’t want them folding directly into the dressing. Ideally, you’ll want to consider where you’d like to hang your dressing, and whether there’s enough space on the other side of the door for the doors to open in the other direction.

How Do I Install Bifold Doors on Carpet?

If you’re looking to install bi-fold doors over the top of carpet, then you might find that your door doesn’t quite fit as well as it ought to. While a wooden or tiled floor might be perfectly flat, a carpeted one is not – which will prove troublesome when the door swings back and forth, and the door rubs against the carpet beneath.

To correct this problem, you’ll need to use wooden blocks as platforms for the brackets. They need to be just tall enough to raise the bottom track over the carpet. Place them on either side of the doorway, and attach the brackets on top of them.

This way, you won’t need to worry about the rail digging into the carpet – it’ll instead sit just above the fibres, thereby preventing your door from catching against them as it’s being pulled back and forth. These blocks should be just tall enough to ensure that the rail sits above, rather than beneath, the carpet.

In all other respects, the installation should proceed as normal – measure the top and bottom of the doorway, marking points equidistant from the front of the frame, and use these as a guide for installing the rails. All the required components should come with holes pre-drilled to allow for fast, easy installation. When you’re done, you should be left with a set of folding doors which glide smoothly over the top of your carpet.

Interior bi-fold doors are a great way of providing your home with a flavour of the unusual – as they make a welcome change from the ordinary doors found in almost every building any of us have ever set foot in. But since folding doors are more complicated than their more traditional counterparts, there’s always an opportunity for things to go wrong.